At $1.4 trillion, runaway student loan debt is now viewed as the next big bubble that could cripple the economy as the default rate continues to creep up. However, with all of the attention focused on the millions of young borrowers unable to pay their bills, buy a home, or start a family due to the heavy burden of student loan debt, the plight of older Americans has gone virtually unnoticed. As of 2016, more than 3 million people age 60 and older are struggling to meet their basic retirement needs as a result of carrying student debt. That is more than triple the number just a decade ago. Now with 10,000 Baby Boomers crossing the retirement threshold each day, it may be just the tip of the iceberg.

Cosigned Loans Coming Back to Haunt You

The key takeaway is parents should avoid cosigning if at all possible. According to student loan research firm, LendEDU, over 90% of private student loans require a cosigner to get approved. The problem is most cosigners on outstanding student loans are over the age of 55 and are or were on the glide path to retirement. If they are forced to take over a child’s student loan payments, they may also be facing mortgage payments, credit card payments and other forms of debt. According to surveys, older borrowers are more likely to forgo paying for their health care needs in order to keep up with their debt payments.

Dealing With Your Own Student Loan Debt

An increasing number of aging Americans are carrying their own student loan debt into retirement, typically in the form of federal loans. According to a General Accounting Office report, older borrowers are more likely to fall behind on their payments or default on their loans. Compounding the problem for older borrowers is the real threat of garnishment of their Social Security benefits. In 2016, more than 40,000 retirees had their Social Security benefits garnished, which up from just under 9,000 in 2005. Once garnishment begins it becomes more difficult for retirees to keep up with bills. Often garnishment is barely enough to cover their student loan fees and interest, so it’s likely to last for the rest of their lives.

There is Still Time to Solve the Problem 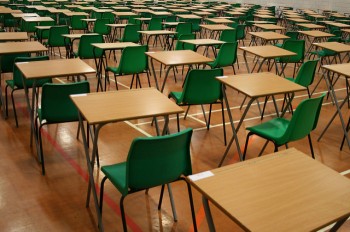 Retirement is a difficult time to be caught in a debt spiral. However, there are ways older borrowers can reduce the burden. For private loan borrowers with good credit, the option to refinance at a lower interest rate is available. For cosigners of private loans, many lenders offer a cosigner release if the student borrower can make on-time payments for a period of time. It never hurts to contact your lender to explain your hardship and see if they would be willing to renegotiate terms. For them, some form of payment is better than a default.

If you are five, ten or fifteen years out from retirement, now is the time to develop a strategy for paying down your student loan debt as quickly as possible. As part of your retirement plan, you need to look into the options available to reduce your burden while you still have the income to manage it. Look into refinancing, debt consolidation, cosigner release, or income-based repayment plans. At very least, let your lender know you want to work with it to avoid the worst case scenario for both of you.